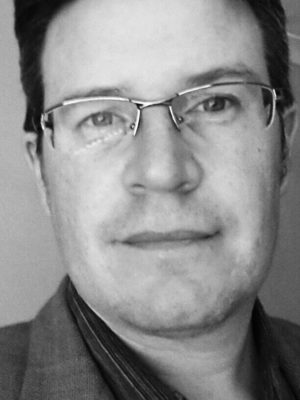 Keith Hackwood is an experienced psychotherapist, supervisor and mindfulness teacher, and has practiced meditation since the mid-1990s, mostly within the Tibetan Buddhist tradition.

Having worked extensively in the Western traditions studying elements such as Hermeticism, Kabbalah and Perennial Philosophy, Keith was drawn deeper into Buddhist meditation through his therapeutic training (in Psychosynthesis, through Synthesis Bristol, 1999-2003) and in particular through work with psychotherapist, meditation teacher and author Rob Preece.

Keith started teaching meditation in 2004/5 and has worked with Mindful Space since 2009 completing a teaching apprenticeship and co-facilitating courses with Vicki Worsley, before going on to run Level I and II courses himself.

Beyond Mindful Space Keith has run courses for a variety of organisations including Cardiff, Cardiff Met and South Wales Universities, within the NHS, and for housing association, The Seren Group. Keith also developed two workshops for the ‘Counselling with Spirit’ group in South Wales (part of the BACP Spirituality division).

Keith lives and works in Newport with his partner Helen and young son, Kalden. Here he has a private psychotherapy and supervision practice. He has extensive experience working within organisations, including universities, schools and prisons. Through his work as a therapist (and including much work using drama and movement therapy) Keith has developed approaches to using Mindfulness within a wider psychological process of growth and healing, rooted in a relational way of working.

An English graduate from Oxford University, and with an MA in Cultural & Critical Theory, Keith is interested in the cultural dynamics of Mindfulness as a phenomenon. As a writer and poet Keith is also interested in creative applications of mindfulness within the full range of expressive arts, and from the point of view of appreciating creative work.